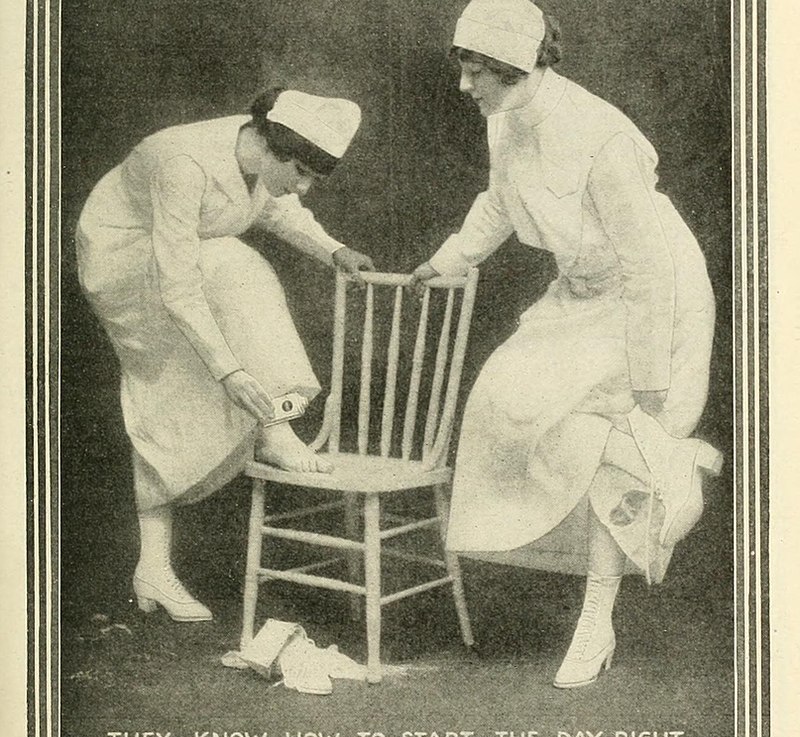 When did nurses start wearing a uniform? What inspired their look? Have you ever wondered how the uniform for nurses developed? Okay, not many people have — but hopefully this post will pique your curiosity now!

Before nurses starting wearing scrubs in the 1980s, the uniform that began in the mid-1860s was relatively unchanged until about the 1940s.

Modern nursing is largely attributed to Florence Nightingale (1820-1910). She is credited for creating “modern” techniques and developing a certain look for the job. Her name sounds like something from a historic romance novel and her biography is equally worthy of a 19th century TV drama (there actually is a movie based on her life made in 1985). She was born into wealth and could have easily accepted a life of leisure, but decided to pursue an unlikely career as a nurse.